English version of the interview

Her father named her Svetlana, but not in order to see the light in that name, rather because it was the name of an unrequited love. His wife knew about this and treated her child strangely. She loved her daughter of course, but every time she said the name “Sveta” she would remember the Russian woman her husband loved and her soul would turn upside down. Her small daughter didn’t know about this and thought that her mother didn’t love her.

Svetlana was alienated from her mother, and didn’t share her feelings when she fell in love at seven years old. She felt worried and couldn’t understand what was happening to her. She was afraid to tell her mother about these feelings. Nevertheless, mother and daughter loved one another and they loved sleeping with their arms wrapped around each other at night. Until one day when the war in Karabakh had already started, nineteen years ago today, Sveta’s mother went from Meghri to  and never returned. She was taken hostage by an Azerbaijani group of thugs off the Yerevan-Meghri road along with her friend and her friend’s husband who was behind the wheel.

The two sisters, the small one being six years old, and Sveta being eight, moved to their grandmother’s house to live.

“I fell into the open arms of freedom. Since both my grandparents worked, they didn’t have time to discipline us and that freedom gave me the opportunity to appease my inner pain, to distract myself and to put up a wall between myself and the past. Games would help me stay preoccupied, but once in a while I would find myself questioning things, and when someone hurt me or upset me that’s when I would really feel how alone I truly was. I would start thinking about my life and analyzing things.”

This is when she decided to reject God. She was upset with God and she had become confined within herself. She could only rely on herself, and sometimes she would even attempt suicide. But no matter how hard this time period was, she has always loved life and has always thought that people don’t come into this world for no reason. Everyone is born for a purpose.

It was in her adolescent years that Svetlana began to have serious feelings toward a girl for the first time. And she came to realize that the strange feeling that she had during childhood, that feeling that worried her was the feeling of being in love, with one difference: that she fell in love with girls as opposed to boys.

“I was living in the country and always thought that people like me were sick. I thought I was sick, different, and whether I was estranged from or made strange by society, it’s all the same. I thought that I would never be accepted by society if I remained the way that I am, the way that God or nature had made me, that I couldn’t love openly since I wanted to love a woman, to be happy, and finally to have a family. I didn’t believe it,” she confided.

At twenty years old Svetlana moved to . Her sister had been accepted to a university there. Slowly but surely, she began to adjust in . She found others like her on the internet, and the insecurities and feelings of worthlessness dissipated over time. Her chosen nickname “Ocean” that was created online replaced her name in the real world. Maybe it’s true when they say that a name, the act of choosing it, plays a big role in life. The name “Ocean” brought a new breath to Sveta, a new life opened up before her, new opportunities, new people appeared. Many of those people were artists. She felt herself like a fish in water, became excited, and since art had always pulled her, since she had always felt the need to create, she began to actively express herself. Her main medium was photography.

Pretty soon, in the span of a few months, Ocean began to be noticed, mainly through the internet, and especially from facebook. She began to be invited to participate in exhibits. In the months of October and November 2010, Ocean took part in four different exhibits. She showcased her series “Souldance” in the exhibit titled “The Body: New Video Art in ” sponsored by the Artist’s . Arman Grigoryan selected the authors of the “Frontal Nudity” project by the principles of nudity. This was the reason that he noticed Ocean who he believes is very talented and has achieved much as a self-taught artist than some photographers who have attended professional classes for a longer time.

Ocean found her mission in this life, which is to create. Even though she still doesn’t have a job since it is hard to find one especially when places of employment deem her strange. Nevertheless, she feels useful and sees herself as a full member of society. Her friends help her. It is difficult to be a woman in  today, to be an artist and on top of all that, to be a lesbian, colliding with intolerance from all sides. In either case, we still have a long way to go in order to fully understanding all of this, because society is not well informed about sexual orientation and gender identity, and whatever information does exist is unsound and incorrect.

Everyone knows that Ocean is a lesbian. Fortunately, this is not important in the art world. It would be better for this to be the case everywhere, for the person and the work that she has done to always come first.

Article made by Lusine Vayachyan 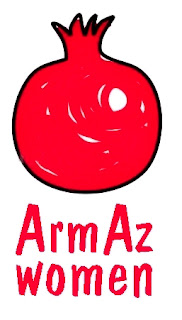